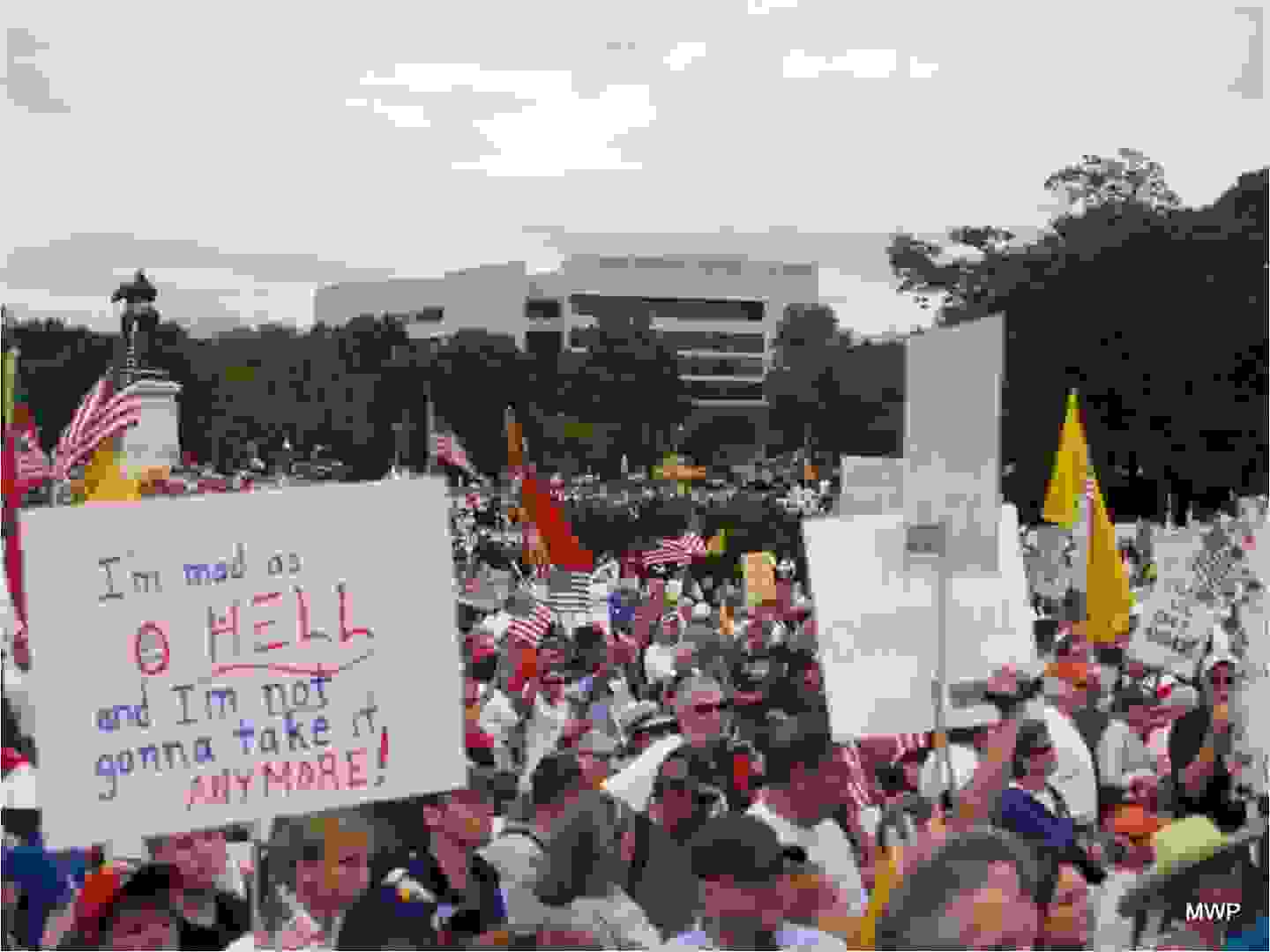 We are American citizens that as conservatives have awakened as a “sleeping giant.” We came together in town halls, on the streets, through the internet and radio and like our fellow Patriots in 1773 are ready and motivated to stand for freedom and liberty!

Efforts to force the loss of local control and individual God given natural rights sparked the American Revolution. Central to that story was the 1765 Stamp Act followed by the 1773 Boston Tea Party. Once again in 2008, we awakened to the socialist overtaking of the democrat party. In 2009, the DNC elected a complete slate of Marxist, and soon after, removed God from their 2012 Presidential Convention. In 2009, the Tea Party emerged once again, to protect our God granted rights - Life, Liberty, and the pursuit of happiness. Each are enshrined in the Bill of Rights. On September 9, 2009 the Tea Party converged upon Washington DC. It was the largest demonstration in US History. Nearly 2 million US citizens voiced their opinions. Our platform quickly emerged.  Fiscal responsibility, Constitutionally limited government, and free but fair markets are our platforms. These rights were gained at great price. God, Country, and Family are sacred, as well as, the Constitution. We stand ready to protect and defend the Constitution of the United States of America.

United By A Common Goal

Your candidate knows the value of being connected. That's why they're running for this position. Help them help you.

Your donation is an opportunity to be part of something bigger. Show your candidate that you have their back. Give today!